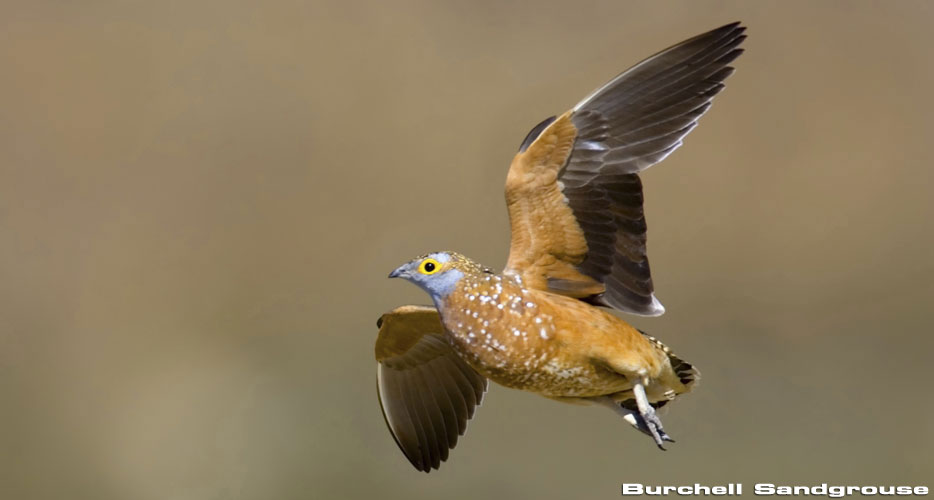 Interested in a bit of bird hunting to compliment your African plains game hunting safari? There may be a chance during the bird hunting season in Namibia, May through November, for some adrenaline charged African wingshooting, which we offer at no additional cost on a regular priced plains game hunt. The best time to hunt birds at Ozondjahe Hunting Safaris would be from July to mid-October.

Wingshooting safaris that do not include plains game hunting can be organized for groups of two to four shooters at a daily rate of $450 per person, which includes all birds shot. We are home to more than one of the world’s finest sporting birds such as Namaqua Sandgrouse, Doublebanded Sandgrouse, Burchell Sandgrouse, Laughing Doves and Cape Turtle Doves, in addition to Helmeted Guineafowl, Redbilled Francolin, Kurrichane Button Quail and Harlequin Quail. Even a skillful sportsman will be impressed with the sheer speed, agility and formidable number of worthy African game birds.

An abundance of Sandgrouse is found in our region, flying great distances to drink at favored water holes during the morning hours. These agile birds are hunted as they approach the water in large numbers and descend at high speeds. A good shot can expect shooting anywhere from 15 to 40 Sandgrouse in one morning shoot.

Doves challenge Sandgrouse in many ways, flying with extreme swiftness and remarkable acrobatic skill. As challenging as anywhere else in the world, these fine sporting birds are hunted at water holes in the late afternoon and are sometimes so numerous, choosing which one to shoot can be the hardest part. Doves are present in good volume and a skilled shooter can expect taking anywhere from 15 to 40 Doves during late afternoon shoot.

Typically found on open grassland, Guineafowl, Francolin and Quail are tricky escape artists proving hard to flush and are usually hunted walked-up. Guineafowl and Francolin are shot in small numbers and one can expect taking 5 or so of these birds in one outing. Quails migrate from North Africa, some year they can be found in really large numbers and some years there are just a few, impossible to predict what a particular year will bring but when there are many it’s an exceptional experience.

Jerome Philippe
I am in the United States at this time.
cel +one (seven one four) four seven zero.one one zero two